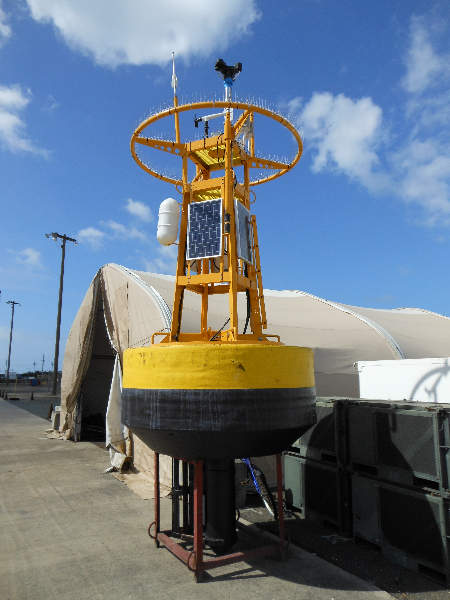 RDSEA supports Moss Landing Marine Laboratories in Hawaii, May, 2015. The Marine Optical BuoY (MOBY) is a NOAA funded project to provide vicarious calibration of ocean color satellites (SeaWiFS and MODIS). MOBY is an autonomous optical buoy which is moored off the island of Lanai in Hawaii. The system was designed for measuring sunlight incident on and scattered out of the ocean. These measurements are provided in near real time on a daily basis for the vicarious calibration procedures conducted by ocean color scientists. Moss Landing Marine Marine Laboratories (MLML) was selected through a NOAA grant process to participate in the engineering and construction of the prototype and operation version of the system in 1989. Additionally, MLML has has the primary responsibility for maintaining, system calibration and data production of the system. RDSEA, in support of Mooring Systems, Inc. (the original designer of the buoy and mooring system) has been involved in field operations and systems turn-arounds since 2011.
Marine Optical Buoy (MOBY), Lanai, HI, 2015
Scroll to top